Play Now
How to play 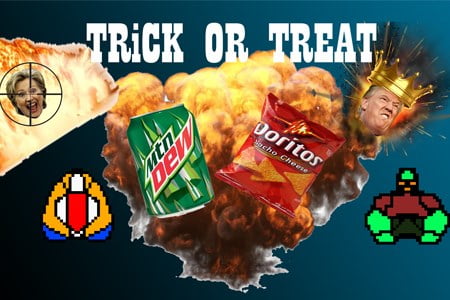 A kid was going trick or treating when his mom called him and told him to go home. But he wanted to go to one more house, so he did, and when he knocked on the door to the house, a monster came out, pulled a gun on him and told him to give him all the candy. The kid not wanted to give up his candy pulled out his gun and started a shoot out. During the shoot out they made their way to a open field and that is wear they will make their final stand. The winner is up to you, play your friends and see who wins.